Blast from the Past: The Roaring 20’s Land at JaxEx 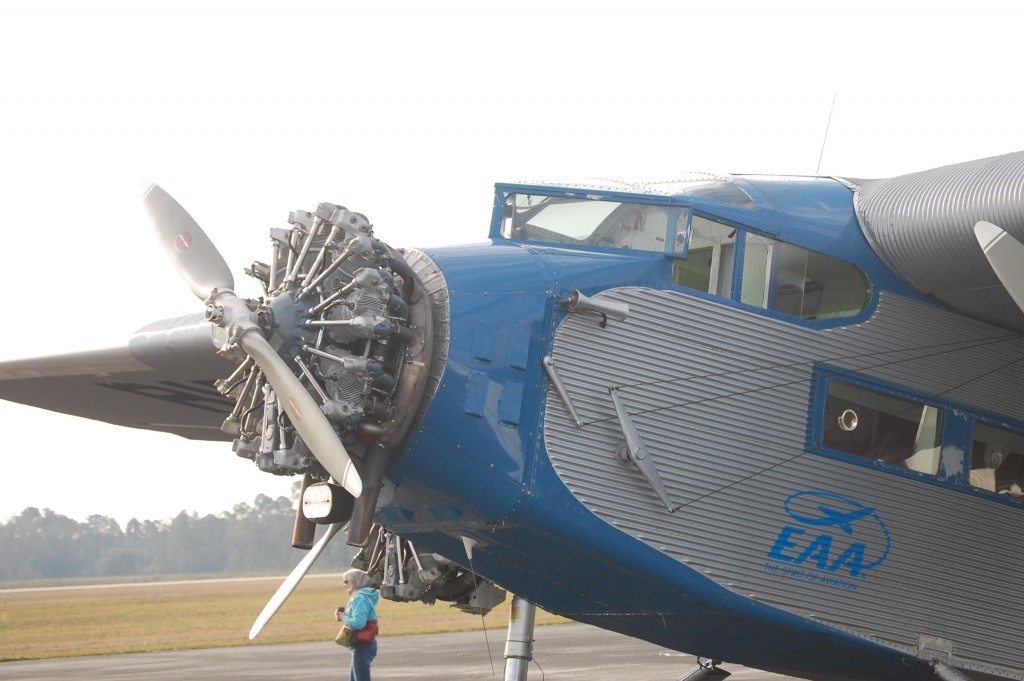 Jacksonville’s local Experimental Aircraft Association (EAA) Chapter 193 recently hosted a vintage 1929 Ford Tri-Motor (NC8407) at Jacksonville Executive at Craig Airport (JAXEX). The Ford Tri-Motor, often known as the “Tin Goose” became very popular with airline operators and passengers due to its three powerful radial engines and rugged aluminum construction. Henry Ford claimed the all-aluminum structure made it “the safest airliner around.” This reputation lead to the Tri-Motor being the first mass-produced airliner in history.

Tri-Motor NC8407 first flew passengers and airmail in 1929 with Eastern Air Transport. In 1930, the airplane was sold to Intercontinental Aviation and played a role in Cuba’s inaugural airmail and passenger service. By the late 1940’s the plane was sold to the Dominican Republic and may have served the role of “Air Force 1,” for the Dominican President. During the 1950’s NC8407 was back in the United States as a barnstormer and crop duster until 1955 when the Aircraft Service Company of Boise, Idaho purchased the aircraft as a “fire-bomber”.

Over the next several years the airframe would be highly modified to accommodate smoke jumpers and two 275 gallon fire retardant tanks. During the 1960’s ownership of the airplane changed and eventually the airplane would make an appearance in the Jerry Lewis movie “The Family Jewels.” During the 1970’s, NC8047 sustained major damage during a thunderstorm when the airplane was torn from its tie downs in Burlington, Wisconsin. After the incident, the Experimental Aircraft Association purchased NC8047 and began an arduous restoration process to return the Tri-Motor to airworthy condition. After 12 years, NC8047 once again returned to the skies in the condition you see today.

Today, the EAA tours the Ford Tri-Motor all over the country encouraging interest in aviation. Passengers from 6 months to 90 years old have experienced the thrill of a vintage airplane ride. For $75 you have the opportunity to fly in a living piece of American aviation history.

Noisy, but reliable, the Ford Tri-Motor and its three radial engines pioneered the commercial air travel we enjoy today. 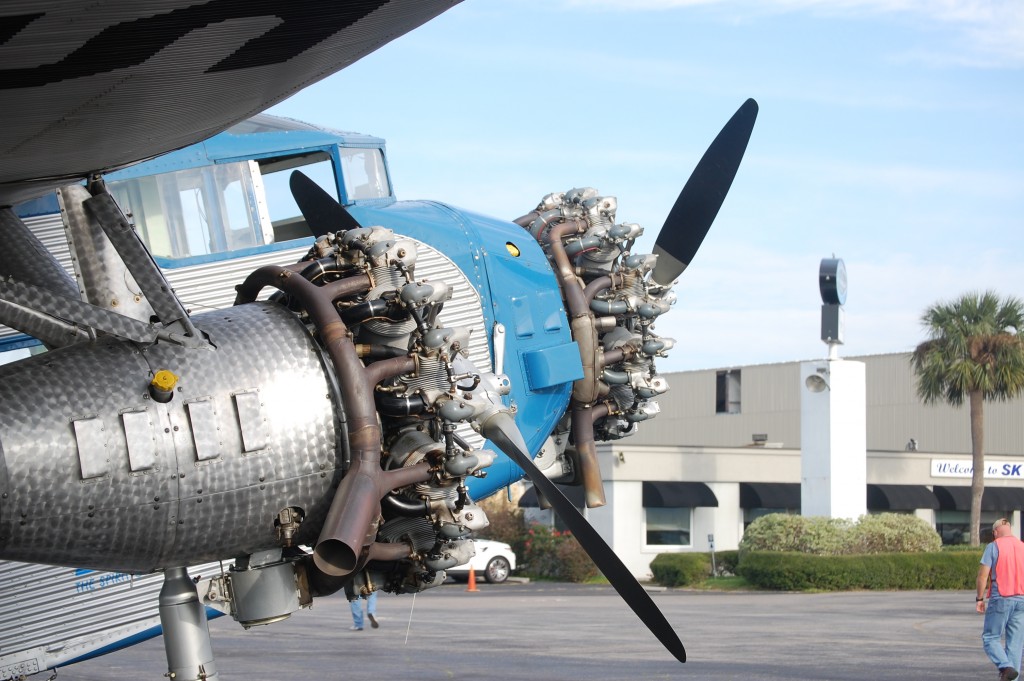