We’ve got some exciting news! This morning Air Canada announced nonstop service from JAX to Toronto Pearson International Airport (YYZ). The new international flights are scheduled to start on May 21, 2016.

Air Canada’s announcement is exciting for a few reasons. For starters, it provides Canadian snow birds an opportunity to easily enjoy many of Northeast Florida’s amenities during the winter – such as our many golf courses and sandy beaches.

On the flip side, our region now has easy nonstop access to Canada and other international destinations. Catch a nonstop flight from YYZ, and you’re one stop away from 30 destinations in Canada alone.

It’s also worth noting that Air Canada doesn’t currently serve JAX – they’re the newest carrier to enter into the market. Within the last year, we’ve also been able to recruit Allegiant Air to Jacksonville. If you have any familiarity with the airline industry in this age of consolidation, that’s no small feat.

And while the Toronto service will start as weekend-only, if the Jacksonville community embraces the flight and buys tickets, there’s potential for more daily operations in the future.

In the meantime, we’re excited about today’s announcement and look forward to Air Canada’s inaugural YYZ flight. And don’t forget to book your ticket! 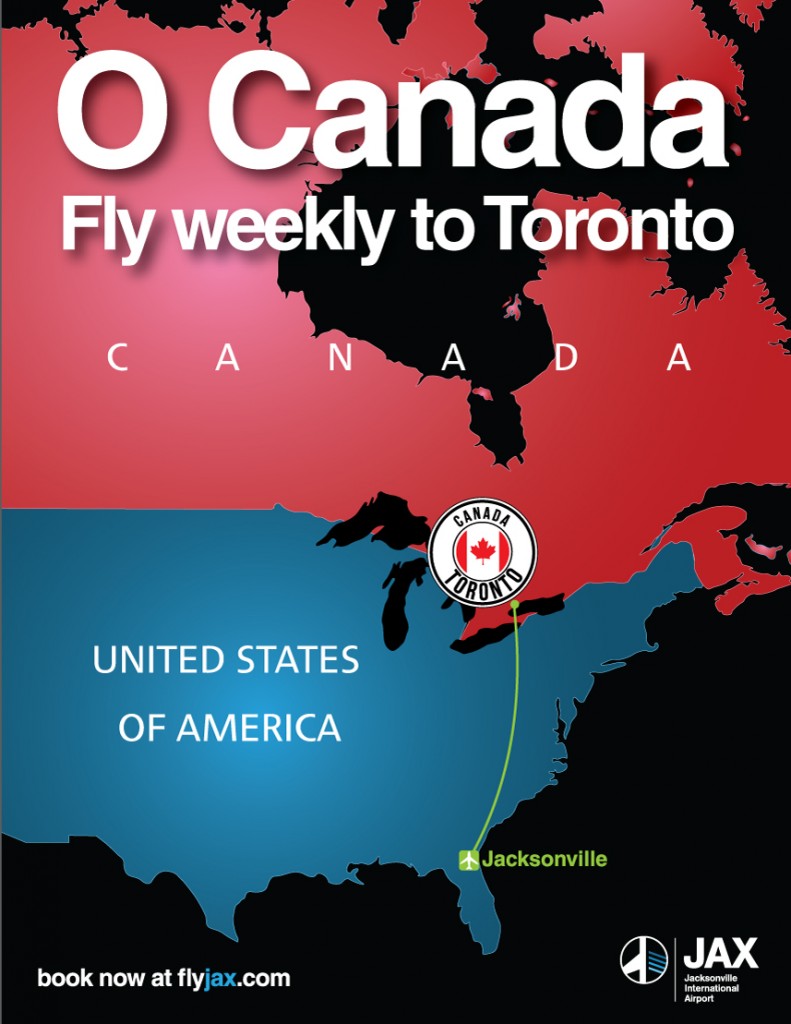